Posted on October 9, 2010 by Jane Austen in Nova Scotia 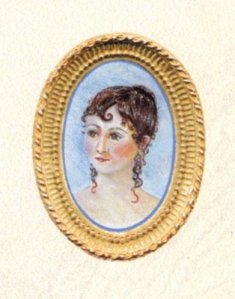 The Purpose of  The Jane Austen Society of North America is to encourage the appreciation and enjoyment of her works and her novels.  With the recent movie adaptations, the titles of Pride and Prejudice; Sense and Sensibility; Emma; Northanger Abbey; Mansfield Park and Persuasion, have become household names.

So much so, that characters from these books ~ particularly Mr. Darcy and Elizabeth Bennet~ have appeared to have walked out of the pages and into our lives.

Halifax, Nova Scotia, Canada, has had a proud, naval tradition with England since 1758, when the British Admiralty established a Royal Naval Dockyard, which was referred to as “The King’s Yard”.

With this close Royal Naval connection between Halifax and England, was it merely a coincidence that the last name of the British Monarch’s (King George III) representative in Nova Scotia, Sir John Wentworth, appears in the naval-themed Persuasion – whose hero was Captain Frederick Wentworth?   Or, did a little piece of Nova Scotian history sail across the Atlantic into the pages of Jane Austen’s last completed novel?

Thank you for visiting our site and we hope you enjoy your stay.  While here, please drop by our “Virtual tea shop” for some libation,  as a “cup of tea” is not only a British tradition, but one of Maritime hospitality, as well!

About Jane Austen in Nova Scotia

The Jane Austen Society of North America - Nova Scotia, is dedicated to the enjoyment and appreciation of the works of Jane Austen.
View all posts by Jane Austen in Nova Scotia →
This entry was posted in Uncategorized. Bookmark the permalink.